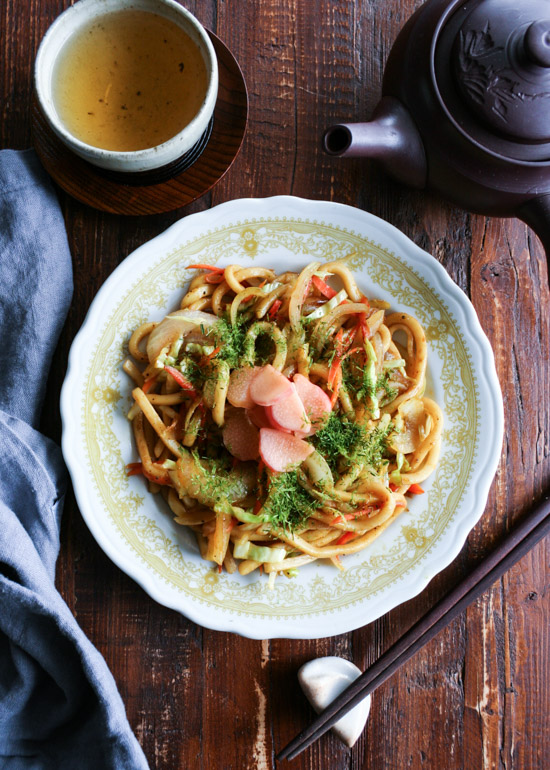 Yaki means “fried”, so this is a fried noodle dish; you just use Udon noodles. 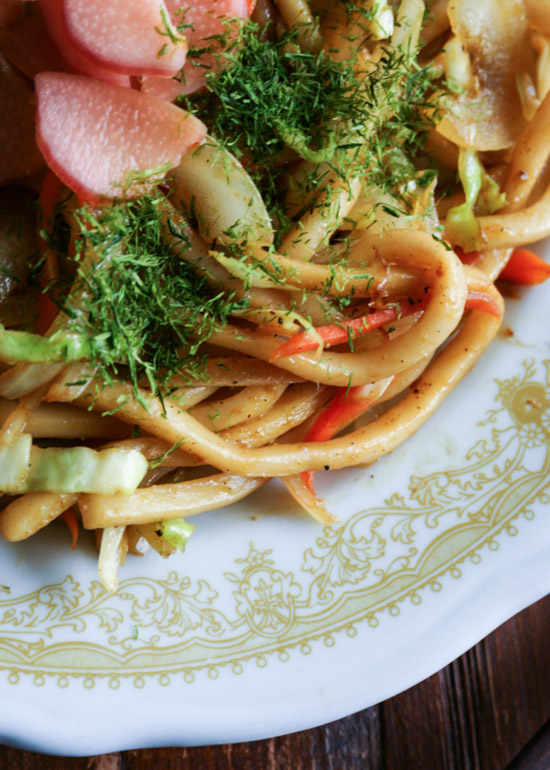 Yaki-Soba is typically cooked with Japanese Worcestershire sauce, but Yaki-Udon is usually paired with soy sauce based sauce.

This one was cooked with soy sauce based sauce, but at the end I added a little curry flavor. 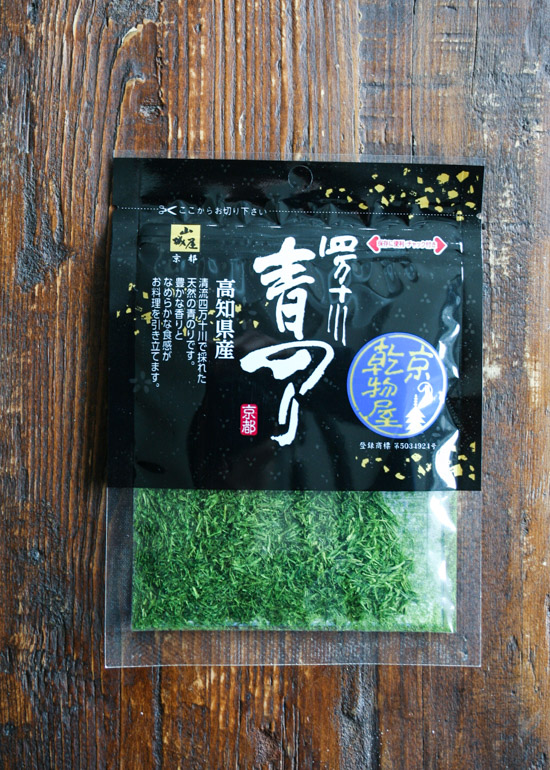 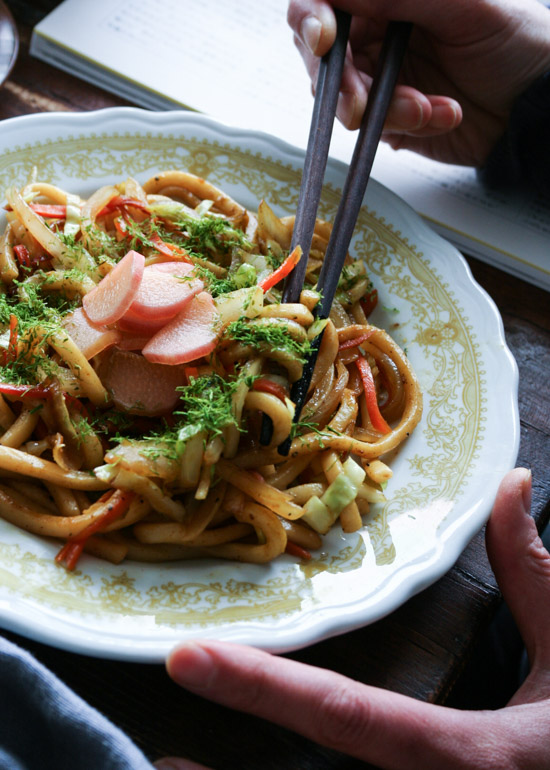