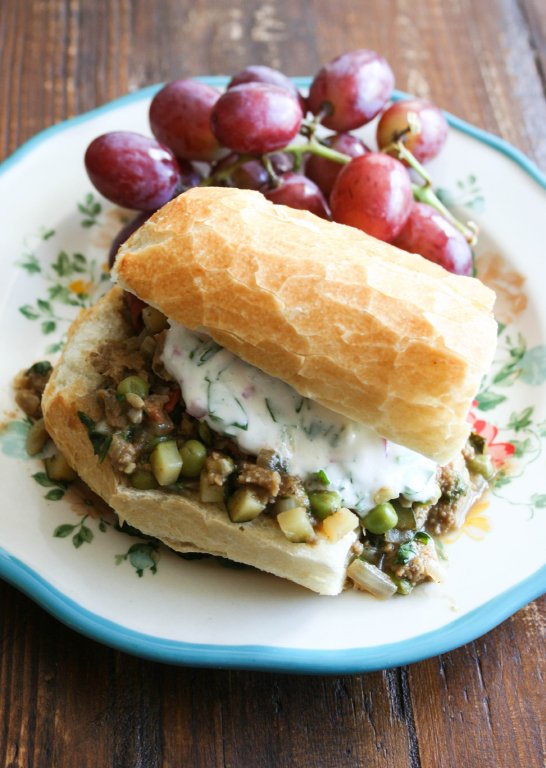 I was going to call this “Sloppy –polar Indian boy‘s name”, but my husband stopped me from doing so, because he warned me that I would probably offend a large number of people.

“Who wants to be called “Sloppy”?”

Instead, I decided to call this “New Delhi Sloppy Joes”.

The filling is this “Z” Keema Curry, full of delicious Indian spices. 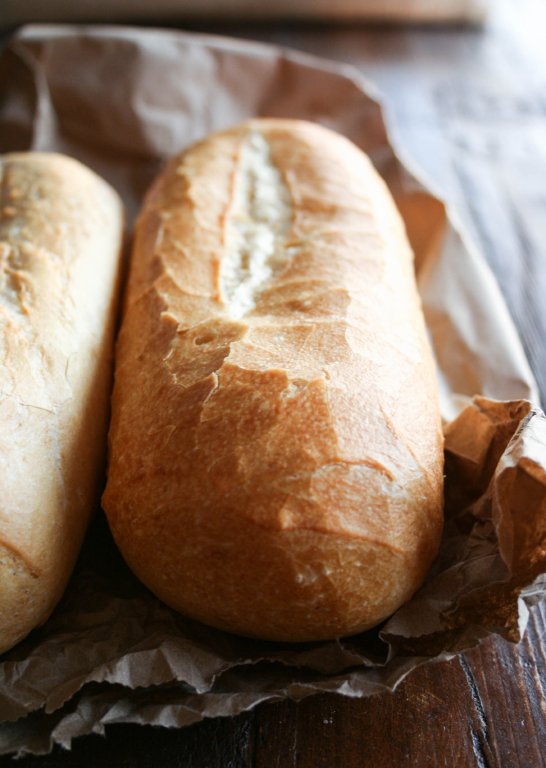 I always like my sloppy Joes on crusty bread, which makes the sandwich taste so much better.

French baguette is one of favorite crusty bread, but this ↑ Vietnamese baguette has been my latest favorite as a sandwich baguette.

The crust is unmistakably crunchy, yet, the inside is so soft, light, and airy.

I recently found out that the bakery section in the local Asian market makes these baguettes on-site and sells them 75 cents a piece! 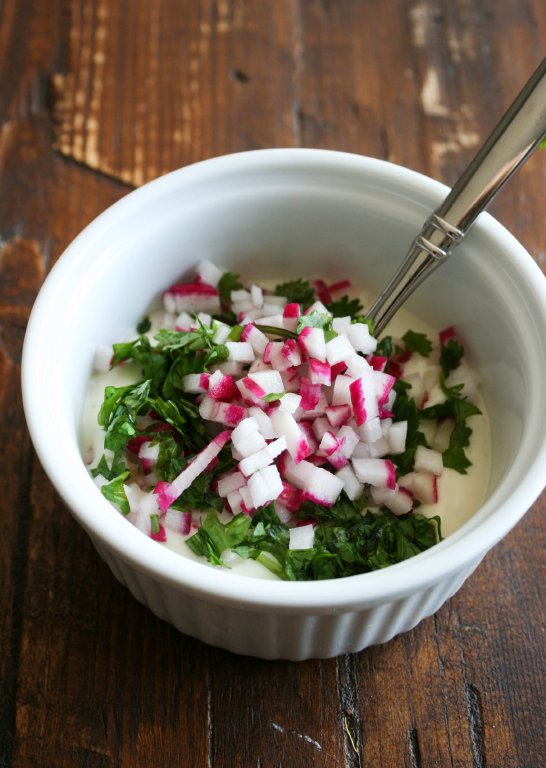 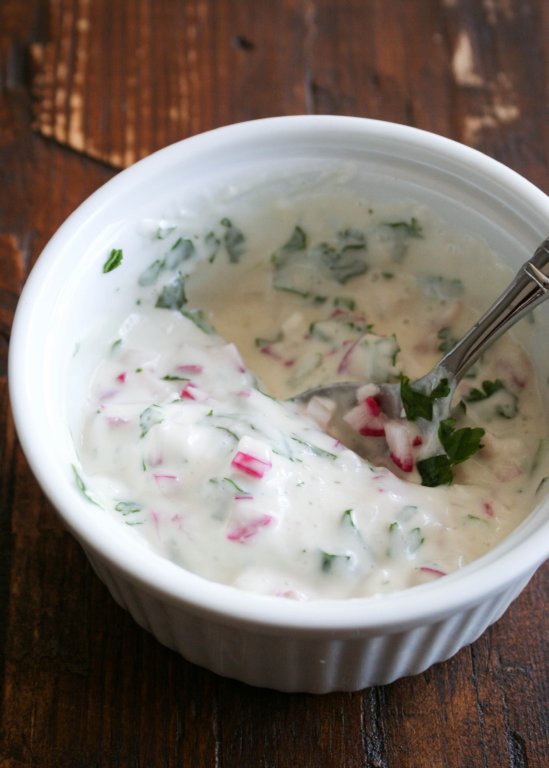 I don’t know about you, but the traditional Sloppy Joe often tastes one-dimensional, and as a result the sandwich does not excite me.

So I always want to add something in order to add some interest to its taste and appearance.

It could be something crunchy, something fresh, some fat, some heat, some tanginess… something!

This time, the something was this tangy cilantro-radish sauce, similar to tartar sauce. 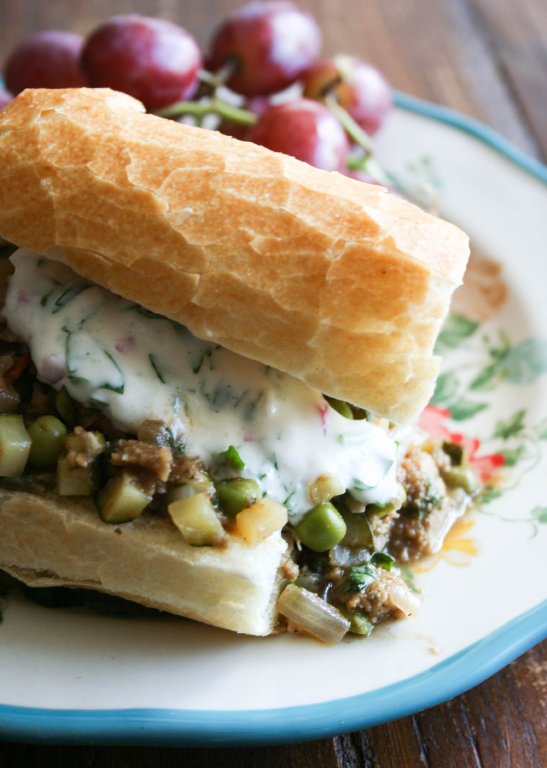 This was so delicious, and my husband and I both devoured it.

Since it was my first time to try this baguette, I actually took some inside crumb out so that the sandwich wouldn’t be too “bready”.

Now I know that it was not necessary.

The bread is so light as I said, you don’t feel like you’re eating too much bread at all. 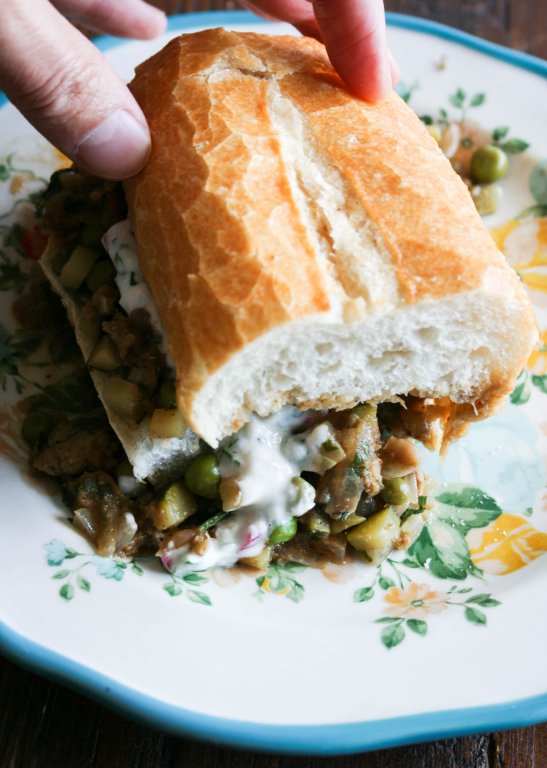 I liked this variation of Sloppy Joes so much that I went back to the Asian store to get more Vietnamese baguettes.