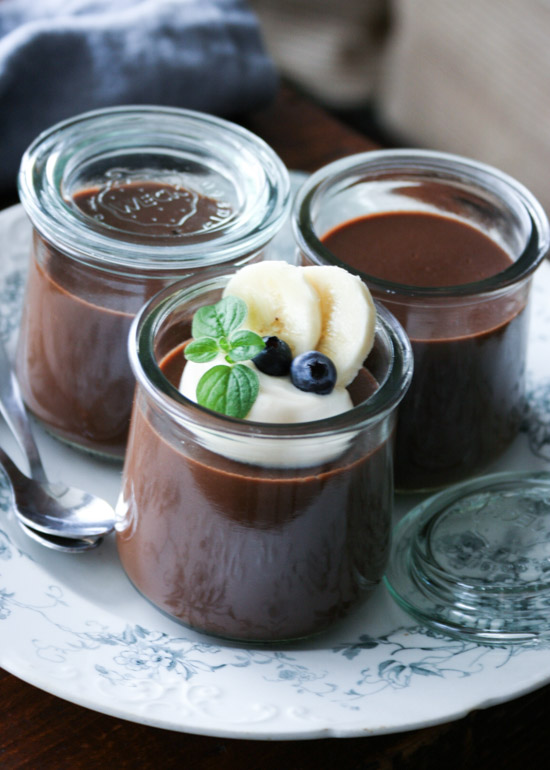 This pudding is very chocolaty but not heavy.

As a matter of fact, it’s so light that you can (and want to) keep eating, and before you know it the jar is empty! 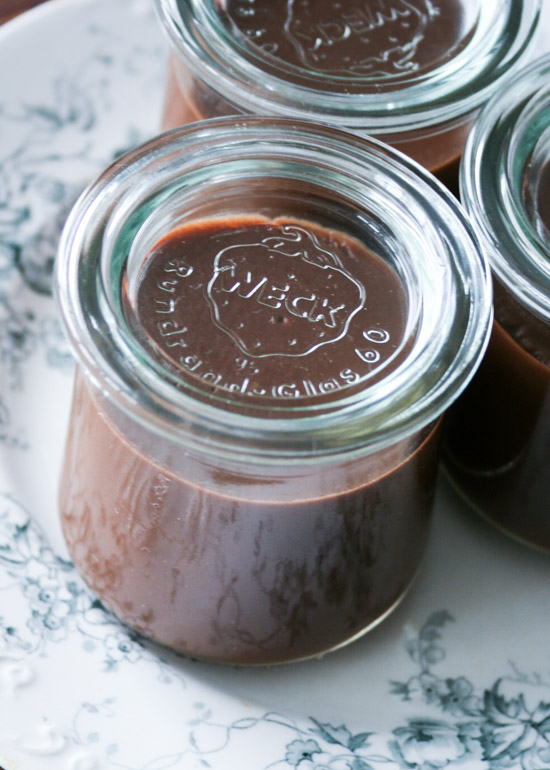 My mother-in-law gave me these jars a while ago.

She said she was going to get rid of them but thought she would ask me first if I could use them for something.

At that time I didn’t have any specific idea, but I’m glad I kept them.

I liked the shape, and the pudding looks so good in these jars.

(The “WECK” lids are from other jars, but they fit well.) 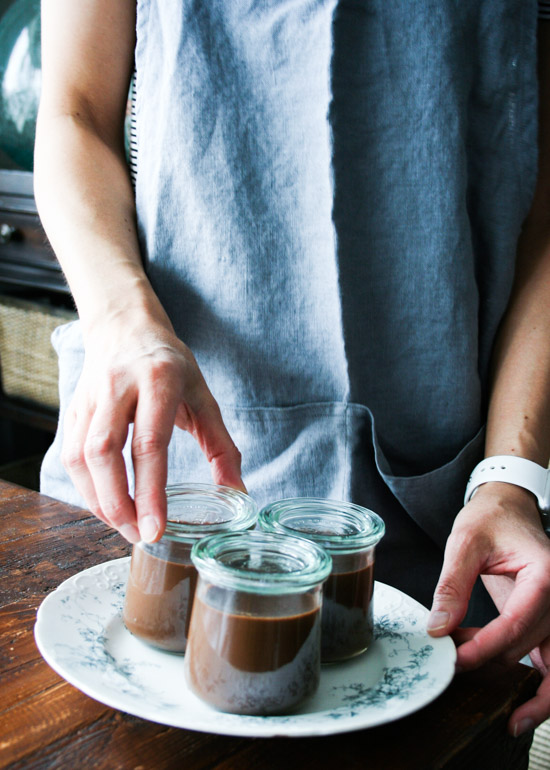 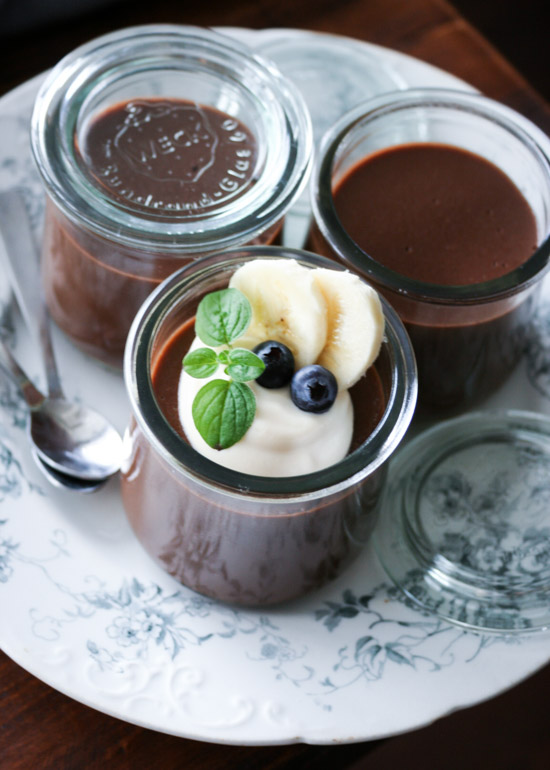 I added a little cinnamon to the pudding only to create flavor depth rather than to add strong cinnamon flavor.

When you have a bite, you know there is something but cannot really pinpoint exactly what it is. 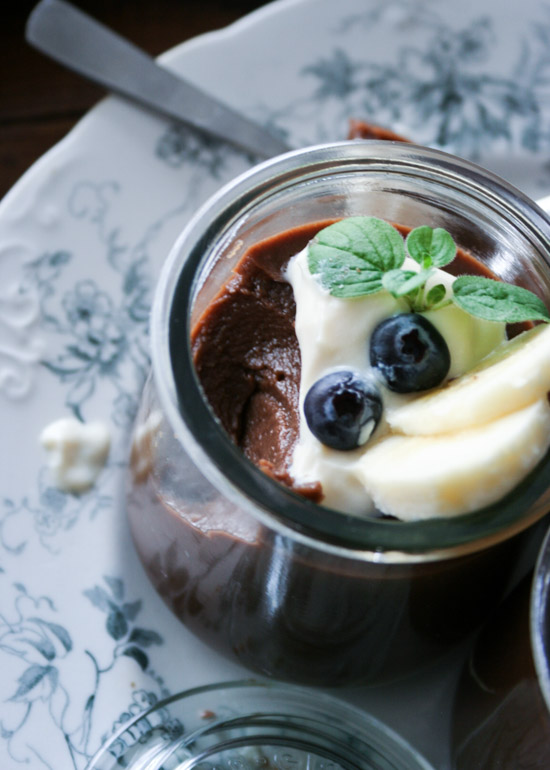