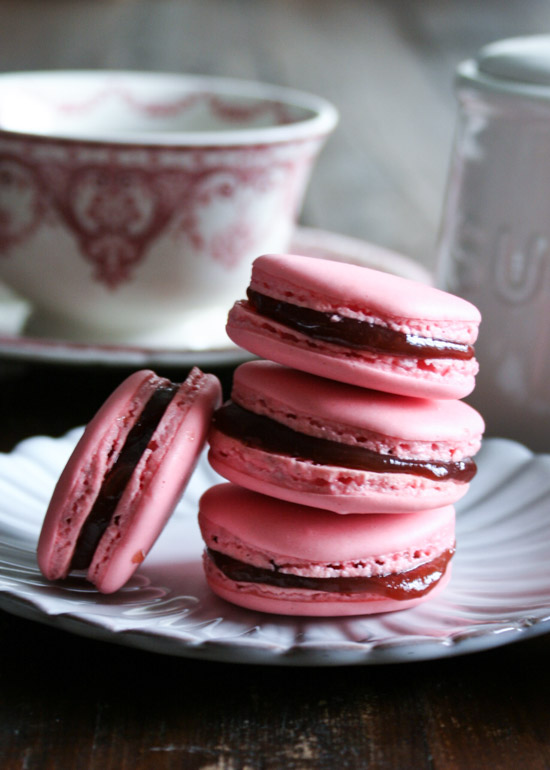 Today you can find a lot of good quality vegan baked goods, if you try hard looking for them.

But vegan macarons are still hard to come by.

French macaron was one of my favorite sweets before I switched to the plant-based diet.

So when I saw this vegan macaron recipe, I had to try it.

I was excited about the possibility to be able to eat macarons again, but at the same time I was intimidated because macarons are tricky to make, vegan or not.

So I was going to think about it for a while, but then when I happened to be left with some chickpea liquid (after making vegan meatballs with chickpeas) this weekend, I knew it was time.

I followed the recipe for the shell.

This one is seedless raspberry jam. 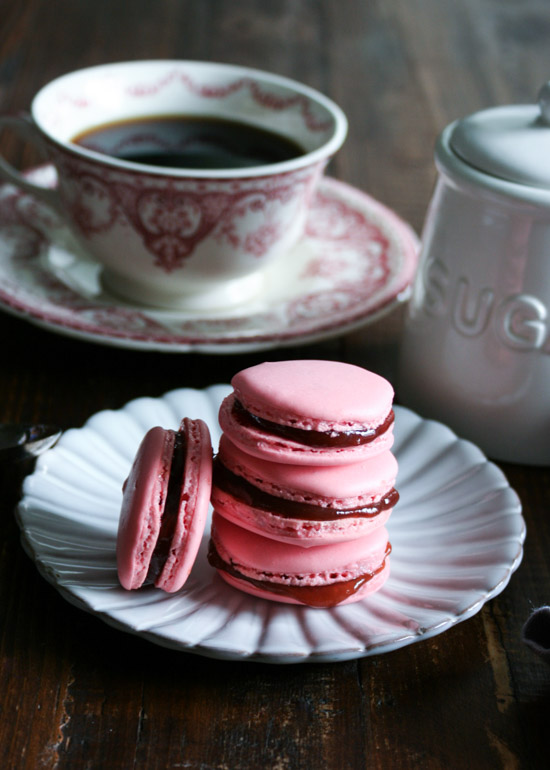 They were not perfect (mostly because the cookies were not as dense as I liked), but I was happy with the result.

I will definitely try making them again!

P.S. After resting with filling inside for a while, they “matured” and the process seemed to improve the texture (which I was not sure about) tremendously. So, at this point I have to say these WERE perfect. The recipe is pretty amazing! Highly recommended.

Taiyaki, Stuffed with Custard Cream and Sweet Azuki Beans; overstuffied ones are the best.
カスタード餡両方入りたい焼き：ちょっと中身入れすぎぐらいが美味い