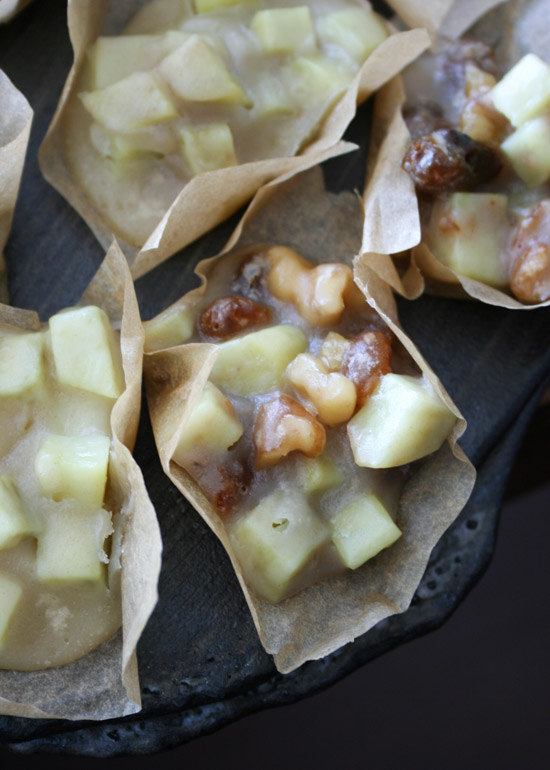 Manju is a general term for traditional Japanese confection.

Why this has the name “oni” is unknown, but the rough look seems to have something to do with it. 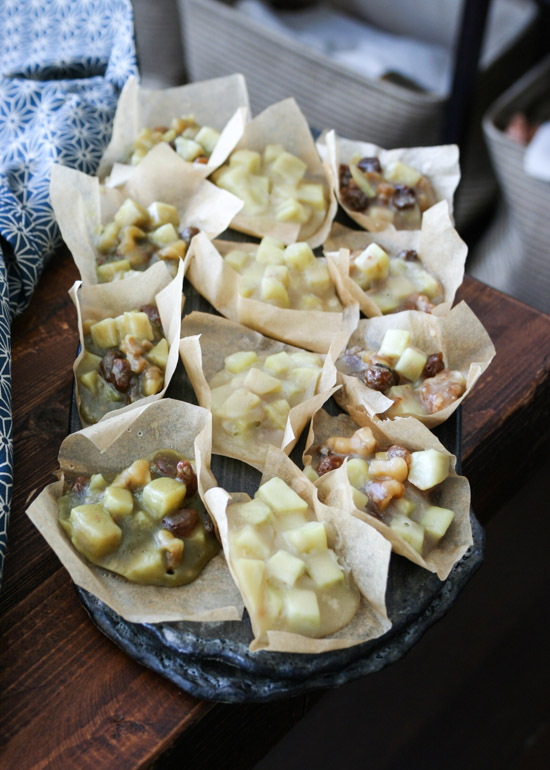 The typical Oni Manju is a sticky base with chunks of Japanese sweet potatoes.

This time I decided to make a few different versions.

One with dry cranberries and walnuts in addition to potatoes.

The other is the same as the one above, but the base was Matcha flavored. 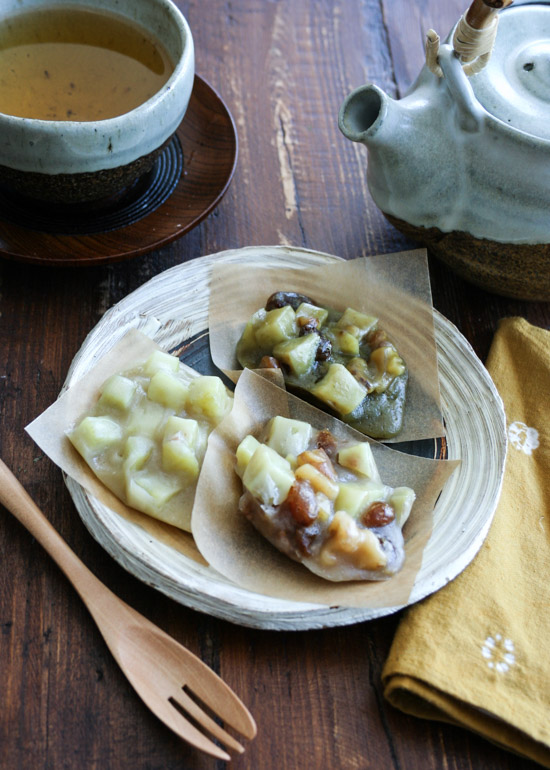 This was a perfect hearty snack.