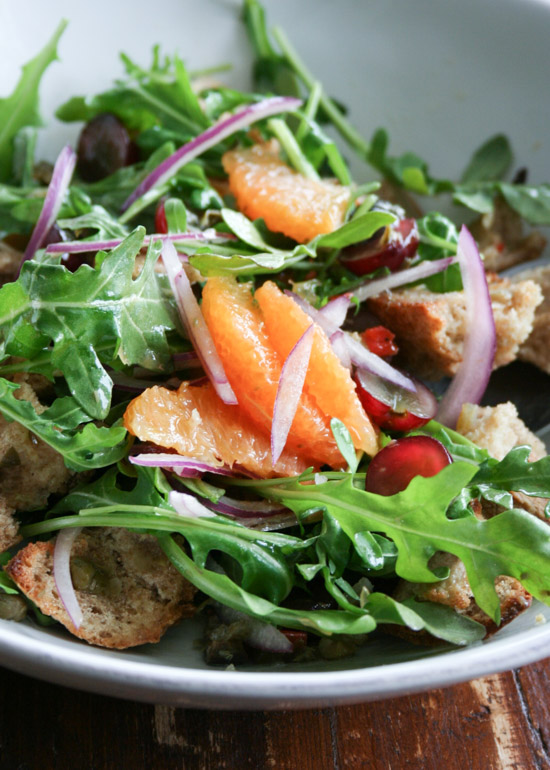 It was many man years ago when I learned about panzanella for the first time.

That was when one of my then favorite TV chefs, Michael Chiarello, was making it.

I was initially skeptical about using bread for salad like this, but when I actually tried it, I fell in love.

I forgot about it for many years, and then the other day I wanted something light yet satisfying for lunch, and the idea came to me.

Panzanella is typically made with tomatoes, but I experimented a little bit with this one. 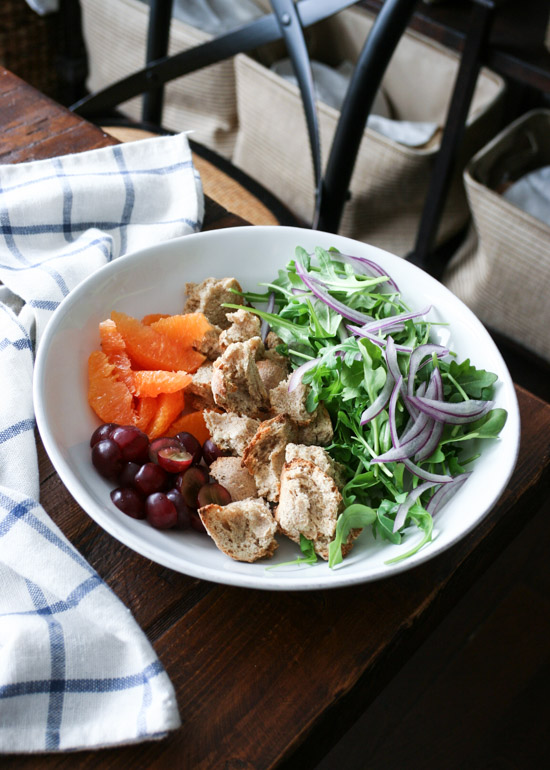 I had delicious Cara Cara oranges, and they were absolutely perfect! 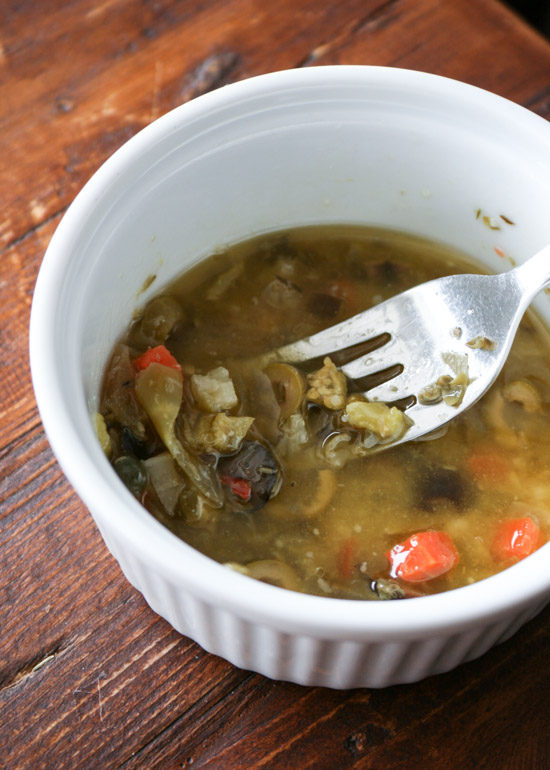 The dressing was made with olive salad, capers, mustard, and maple syrup. 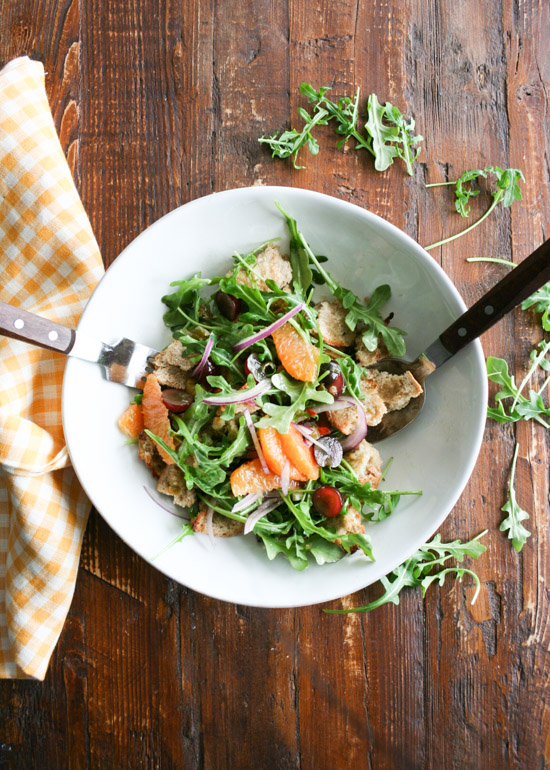