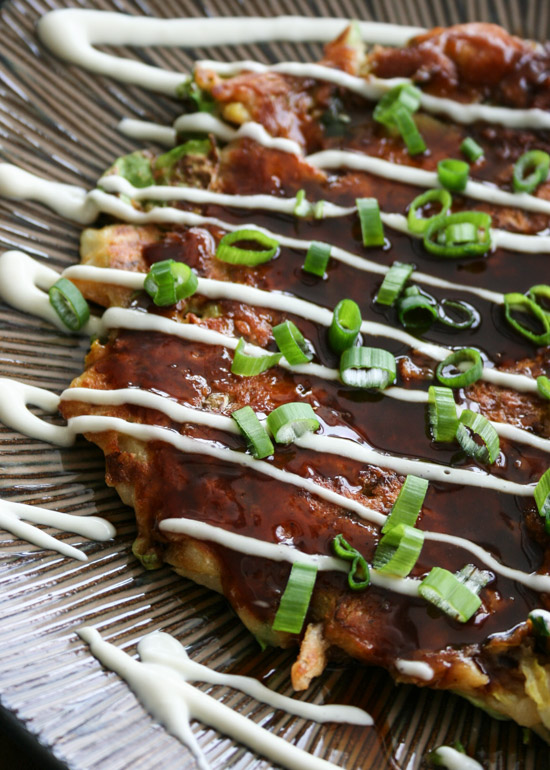 Okonomi-Yaki is a Japanese savory pancake and typically made with regular flour (wheat).

Flour, water, cabbage, and meat/seafood are the main ingredients of the pancakes and then they are served with “okonomi” sauce or Japanese Worcestershire sauce.

There are many variations depending on the region and personal preference. 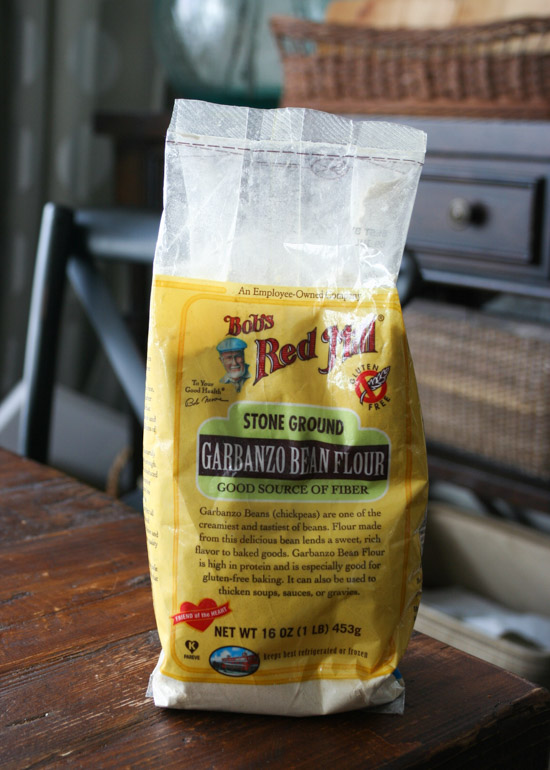 I have no objection to using regular flour as I’m not on the gluten-free diet, but I happened to have a lot of garbanzo flour which I wanted to use.

Since I really liked it when I made vegan “omelet” with this flour, I thought this would be a good substitute. 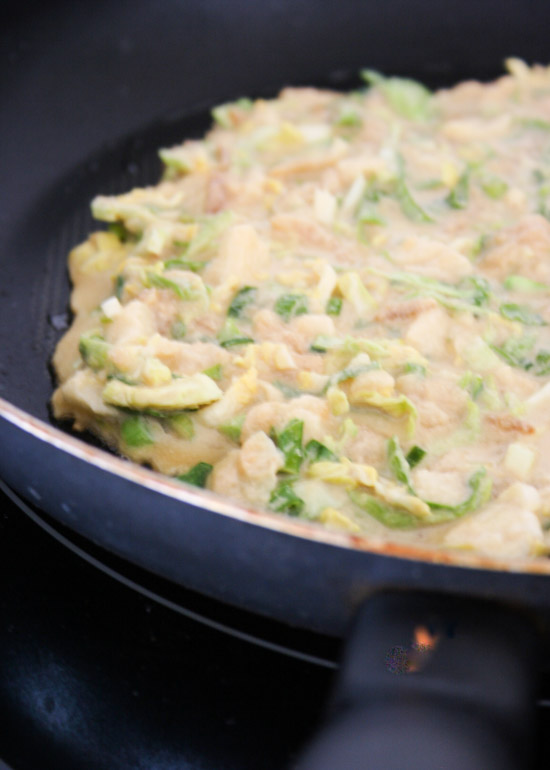 This version turned out to be simple yet super tasty!

I added chopped Brussels sprouts, fried onion, and chopped scallion to the batter.

And my secret ingredient, “Naga-Imo.”

Naga-Imo is a type of Japanese potato which is super sticky and is “a must” ingredients at our house.

You don’t really taste the potato, but it makes the pancakes soft and light.

I happened to have a lot of naga-imo at hand, and some went into the batter as grated and some chopped. 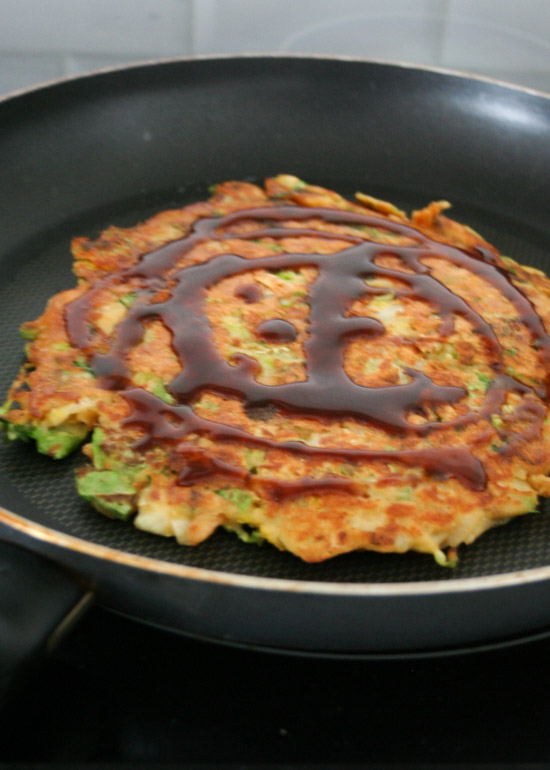 Once both sides are cooked, drizzle sauce.

I like to use the thicker type of Japanese Worcestershire/vegetable sauce. 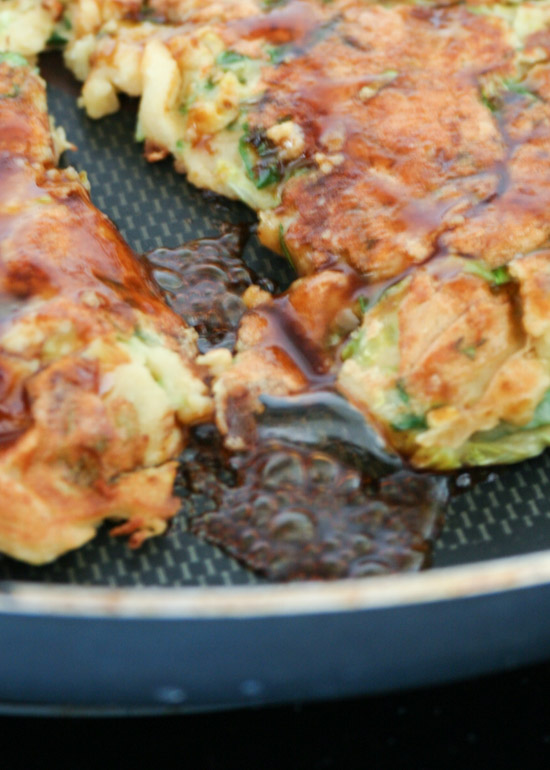 Some falls on the hot pan, but that’s perfectly okay.

It caramelizes and creates a heavenly smell in the kitchen.

At this point I’m so ready to eat! 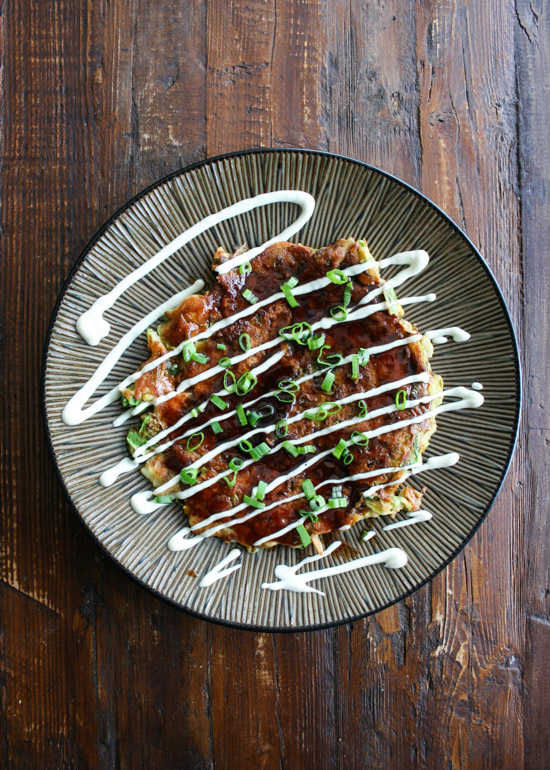 This was served with a drizzle of homemade vegan mayo and scallion. 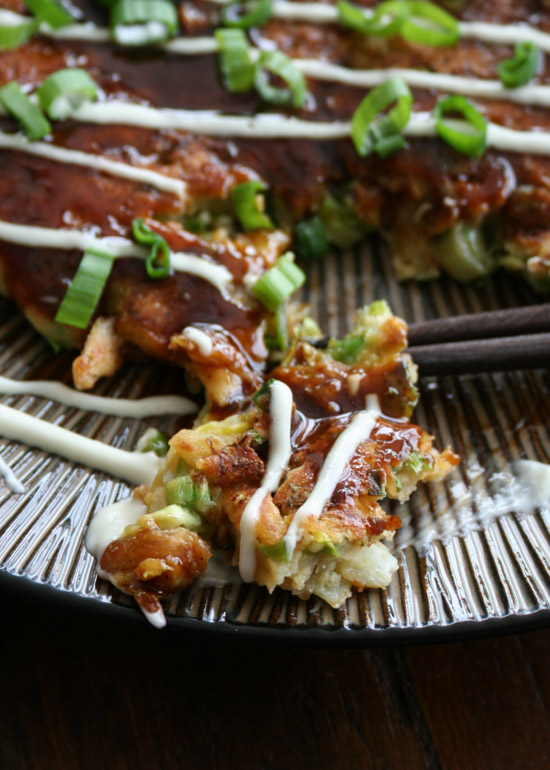 I loved the texture and the taste created by the garbanzo flour.

My future Okonomi-Yaki will be made probably only with garbanzo flour from now on!