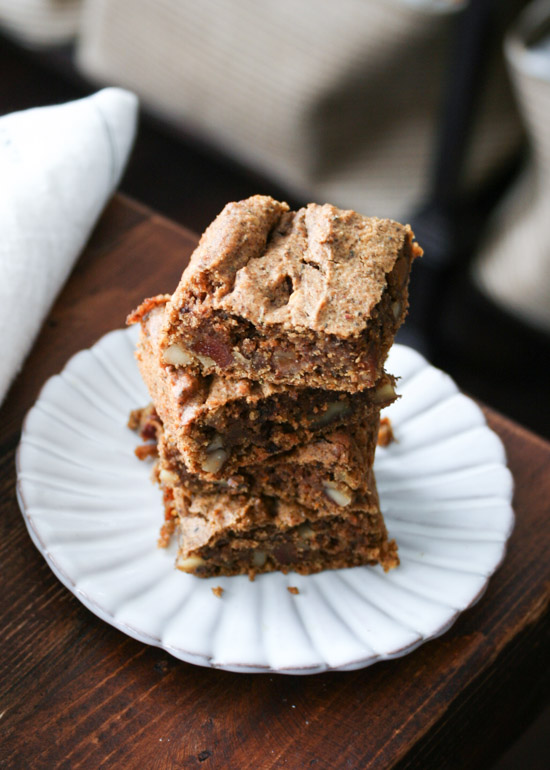 My husband travels often for business.

Since I work full-time also, we don’t talk much during the day.

But he never fails to let me know when someone gives him interesting food ideas or recipes even when he is away from home. 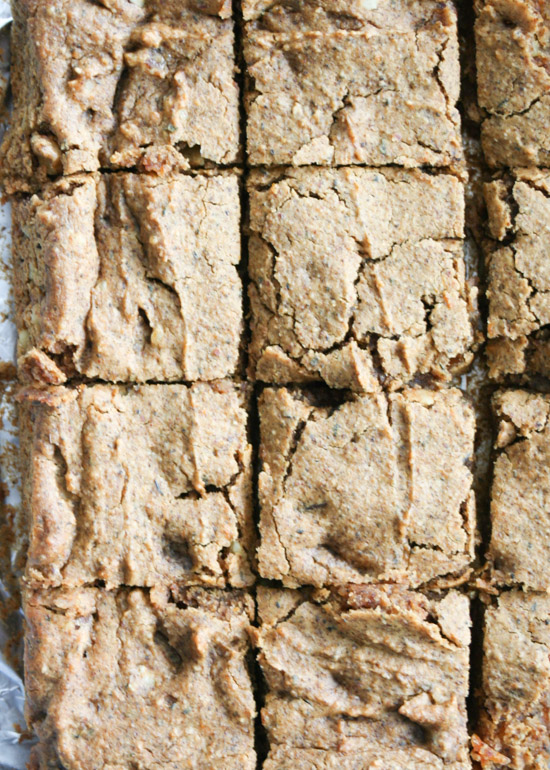 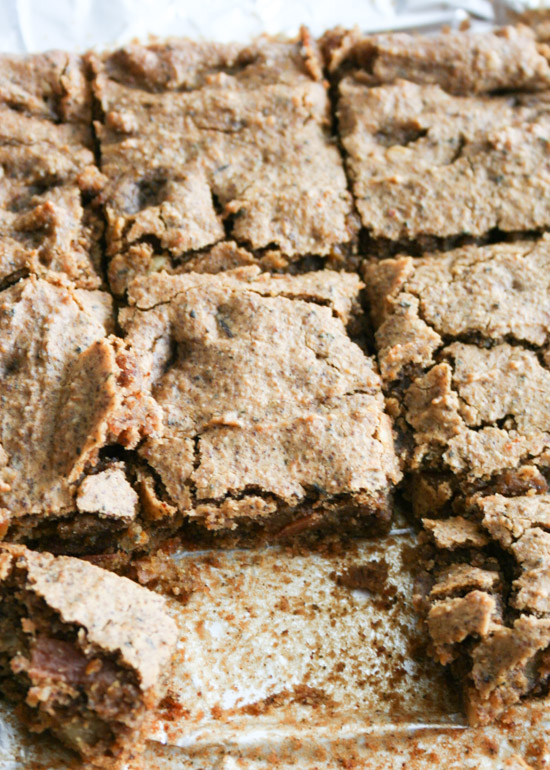 When he told me about this recipe, I had to try it.

I didn’t have everything on the list, so I made mine with what I had.

I used maple syrup in place of honey, clementine for orange, jasmine-sencha tea for chamomile, and walnuts for pecans.

I decided not to use chocolate chips, because I wanted to keep it relatively “healthy” but added chopped dried persimmon. 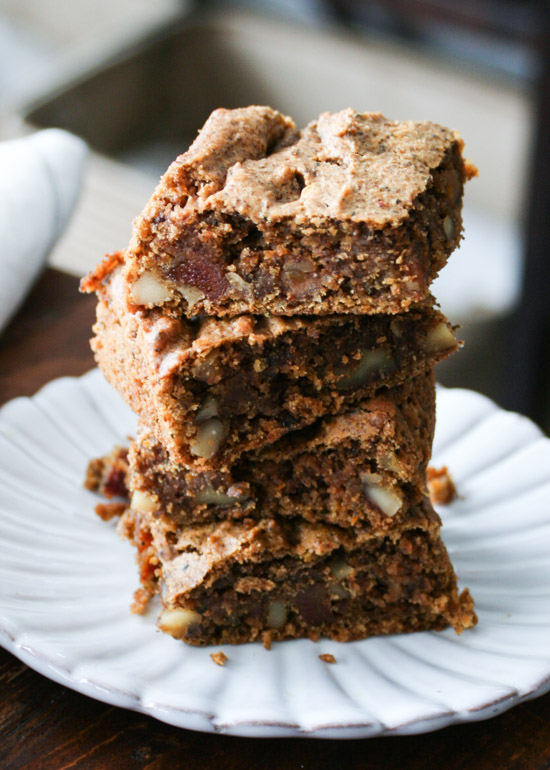 This was SO GOOD!

Even before baking, I couldn’t stop licking the batter-covered spoon.

(I could have eaten the whole bowl of batter!)

I was worried about baking though because there was no flour in the batter.

But it came out just fine.

The texture is different from that of “regular” blondies, but I really liked it, probably better!

Such an awesome recipe.

Thank you, Liz, for sharing.