Fueling One Teen At A Time! Yakisoba Roll
男子必須？焼きそばパン 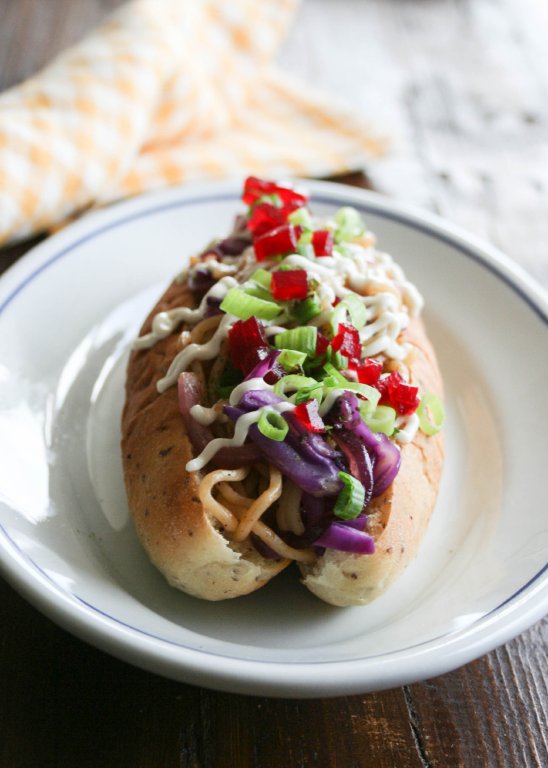 This is one of the most popular snacks among the male teens in Japan.

I remember that when I was in high school, a lot of boys would go buy this role (often more than one) for their afternoon snack.

Why is it popular? 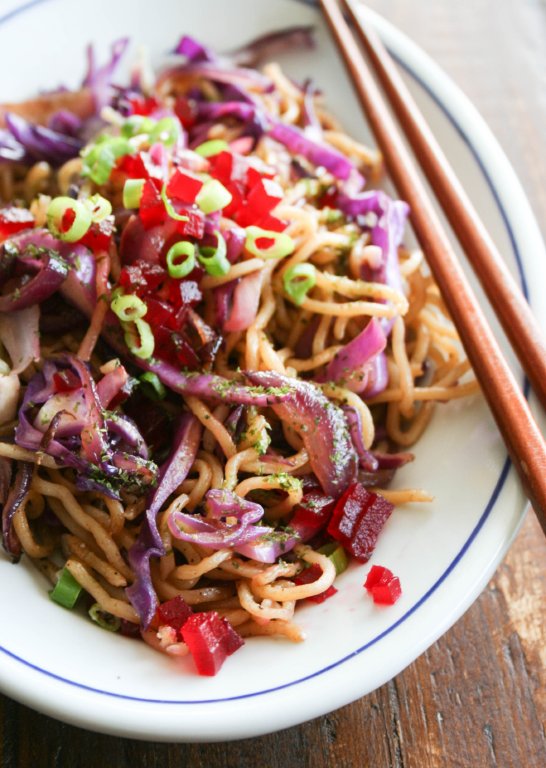 It’s easily found at many Asian stores in the U.S. now, but I decided to go with pickled beets for the color instead the red ginger, because it’s natural; red ginger is actually ginger colored artificially.

I actually really liked the look of the beets.

They reflect light and are very pretty. 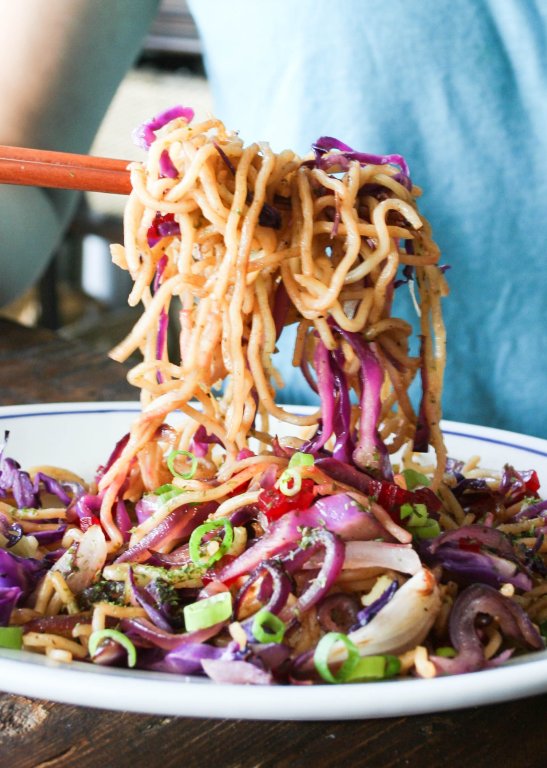 You scoop up noodles. 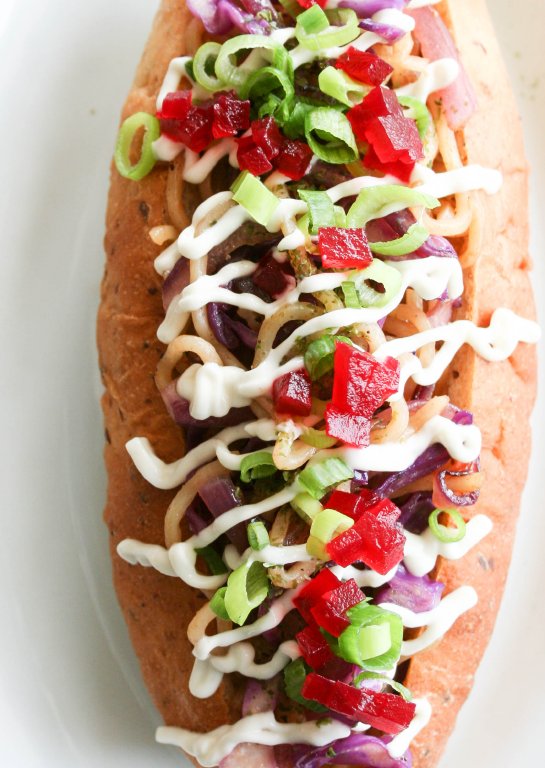 Stuff the bun with as much as Yakisoba.

I used a homemade bun. 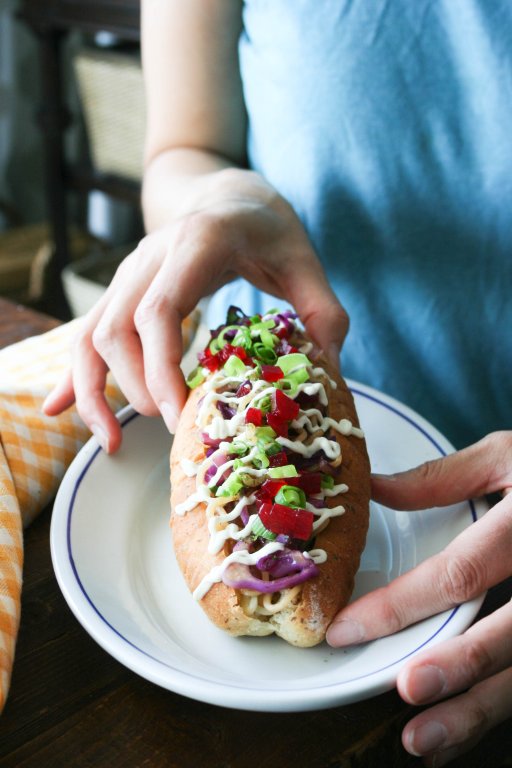 I actually never had a Yakisoba roll in my life even when I was in Japan, probably because I always associated it with a guy food. 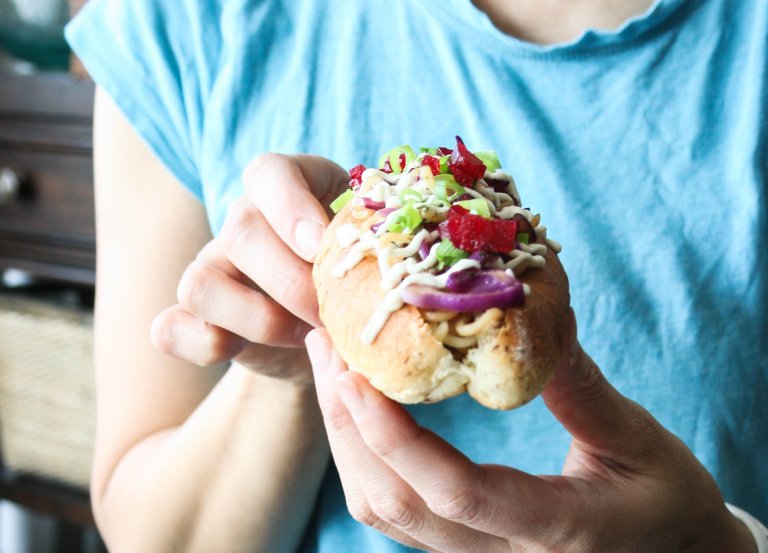 But I actually really liked it.

Tasty, and of course very filling.