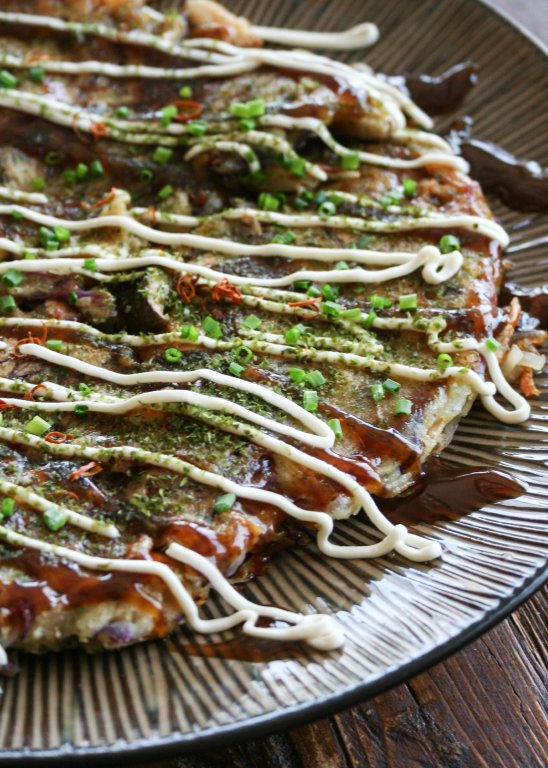 Okonomi-Yaki is a popular savory pancake in Japan.

The most used ingredient is cabbage.

Other than that you can basically add anything, but the popular ones are pork and squid.

This time king mushroom (cooked with garlic), purple cabbage, and chive went into my Okonomi-Yaki batter. 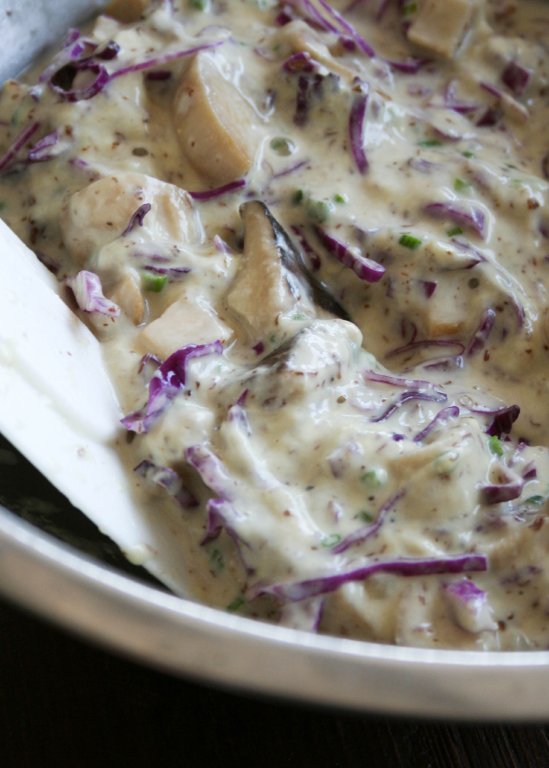 You mix them well.

Typically you can start cooking it into pancakes at this point.

But you know me, I like to give a little twist. 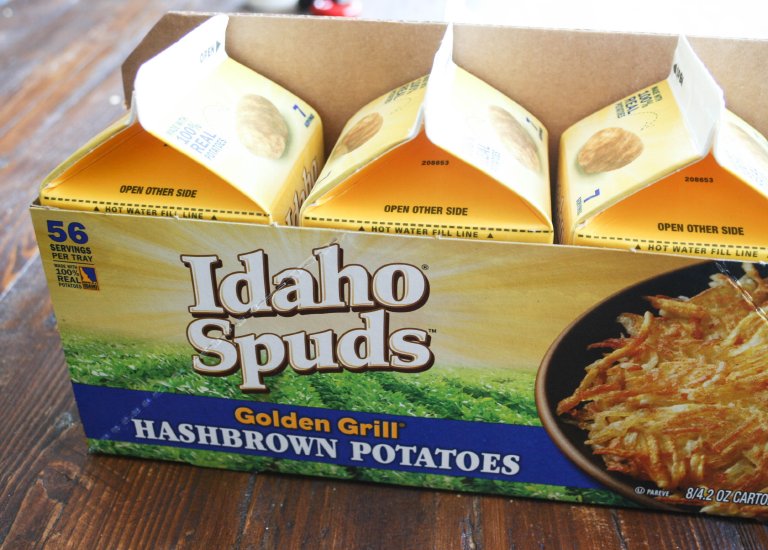 Since I was making this for breakfast (Okonomi-Yaki is usually NOT a breakfast food, but it doesn’t mean you can’t eat it in the morning!), I thought “why not adding some hashbrown potatoes?” 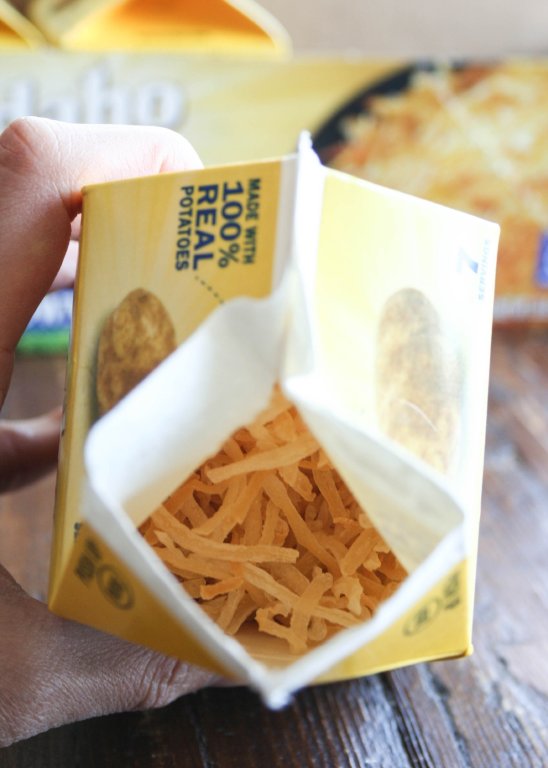 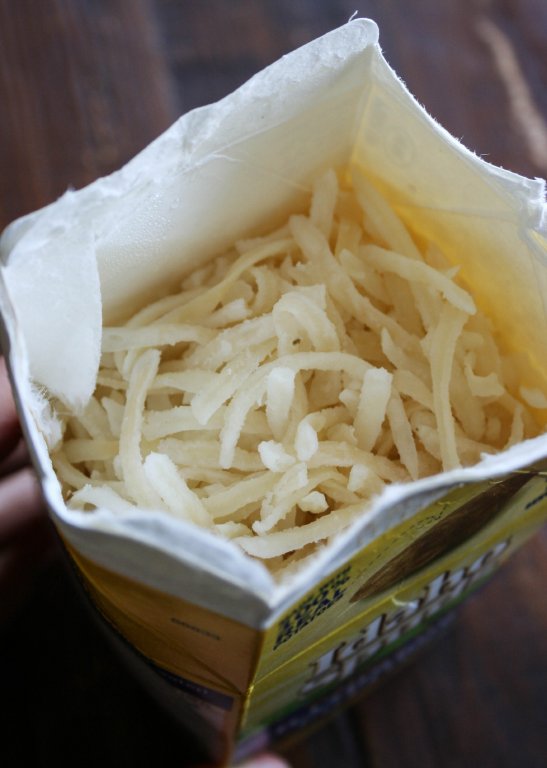 Since I live in the Midwest, Idaho potatoes seem like a great candidate for a partner of my Okonomi-Yaki. 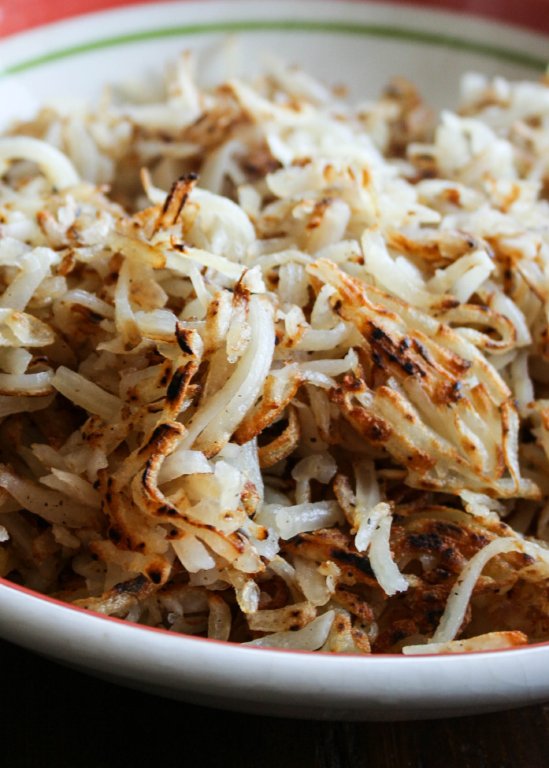 I cooked the potatoes until browned and crispy. 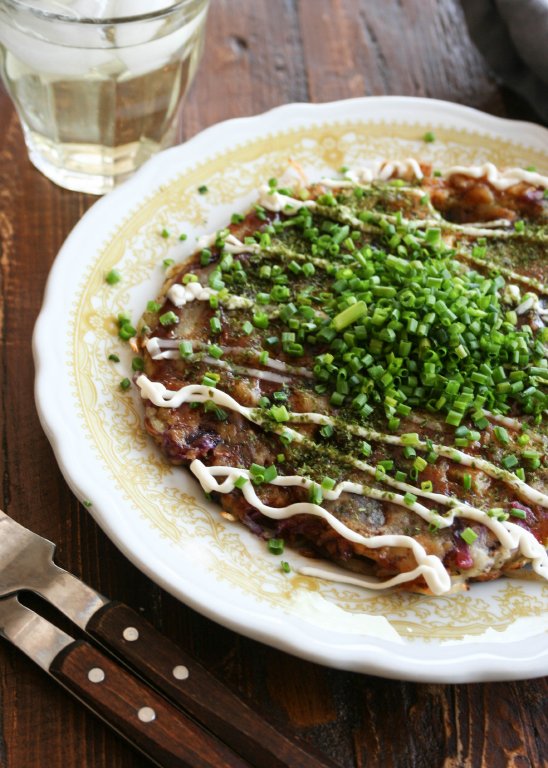 So you cannot really see the potatoes well in the picture, but they are there, at the bottom. 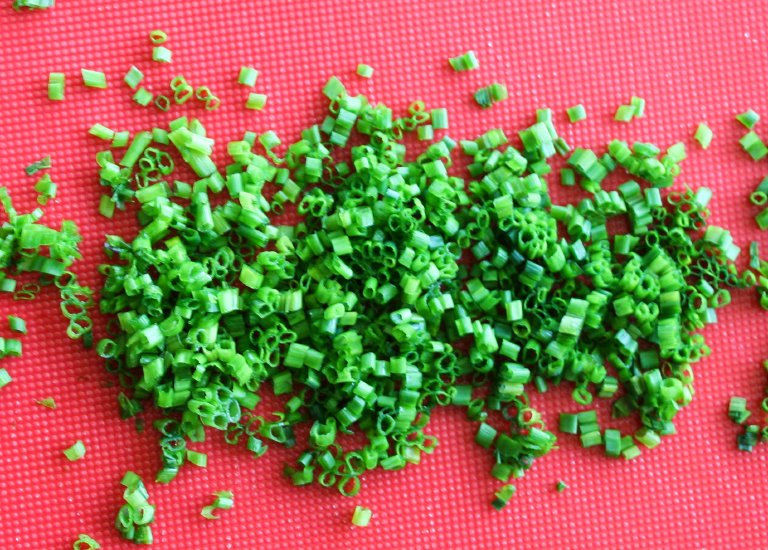 The pancakes were served with two types of Japanese Sauce (one is Japanese style worcestershire sauce and the other is a little sweeter and thicker sauce specifically made for Okonomi-Yaki), homemade vegan mayo, dried seaweed called Ao-nori, and chopped fresh chive. 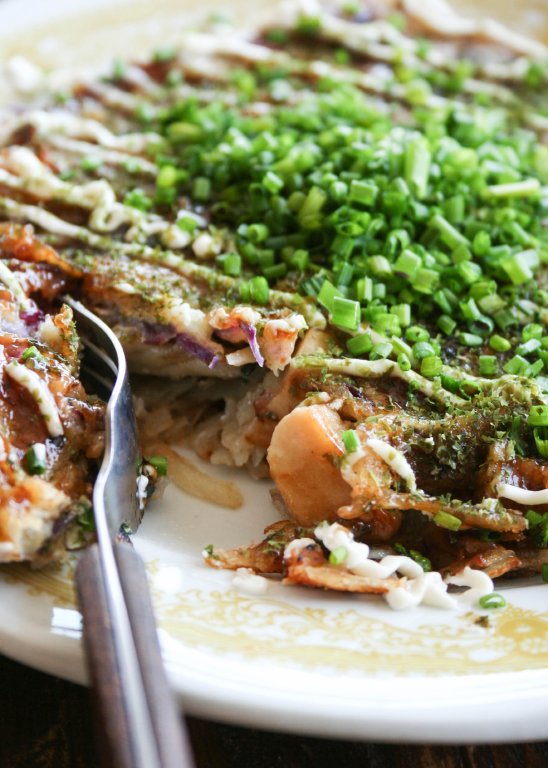 This was so tasty!

I love king mushrooms in my Okonomi-Yaki.

It has the seafood-like texture and taste. 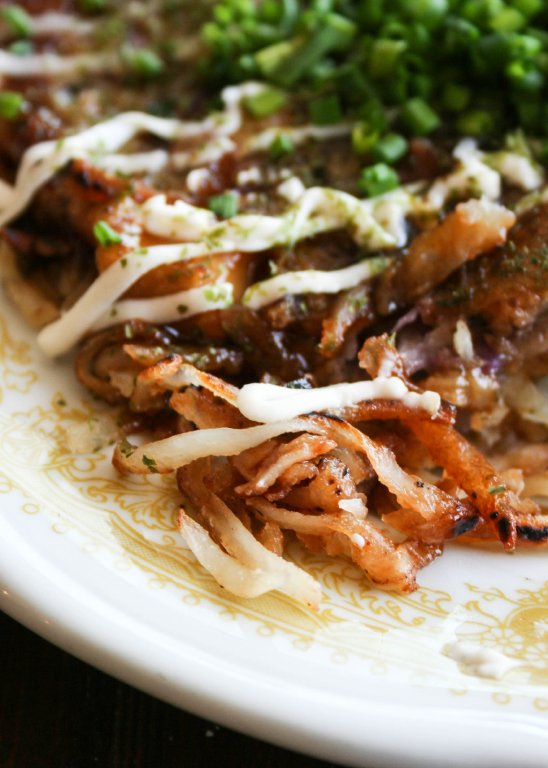 Here is a close-up picture.

You can see the potatoes. 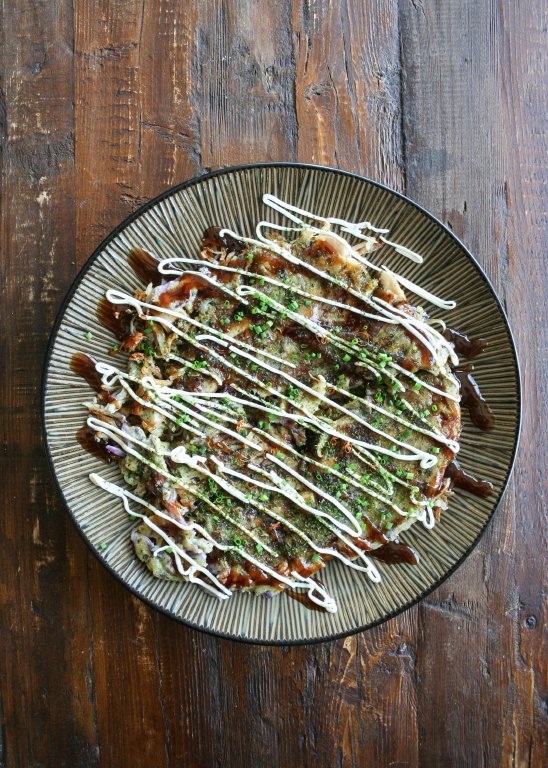 When I think of it, I do make “east meet west” kind of dishes often.

It’s usually not so much of an effort or a project, but many dishes naturally turn out to be that way (lol).

I’d like to think this is a good reflection of our happy East-meet-Midwest marriage!