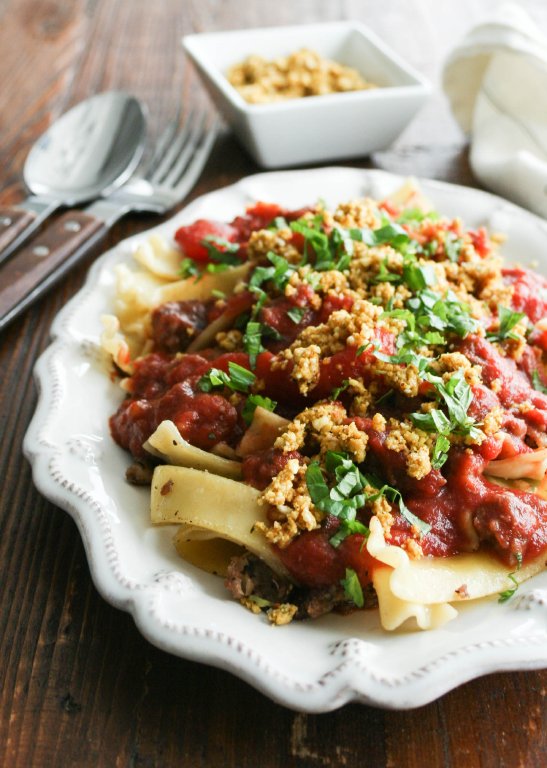 The V meatloaf was great, and I also realized that the basis makes great bolognese sauce.

So I decided to make another batch. 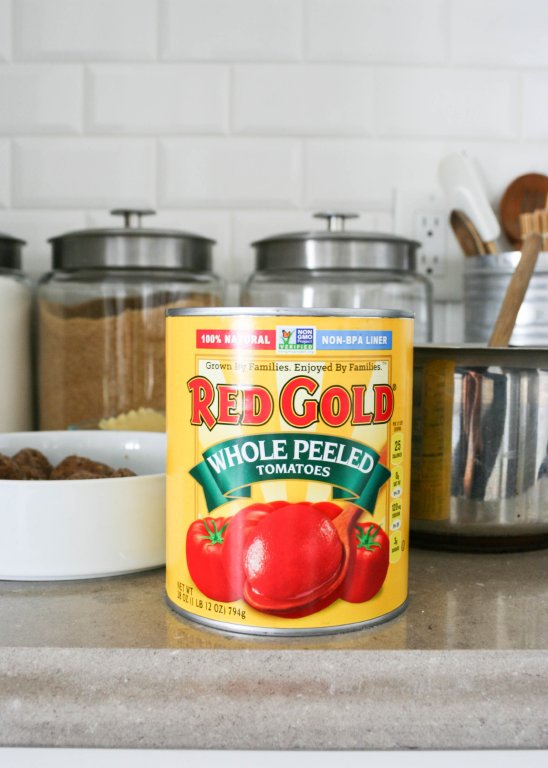 The V-meat is already so flavorful that you don’t really need much to make sauce.

I basically combine the V-meat with canned whole tomatoes (I mash them with a fork; it doesn’t have to be completed mashed), and season with salt, pepper, wine, herbs, hot sauce, and a little sugar. 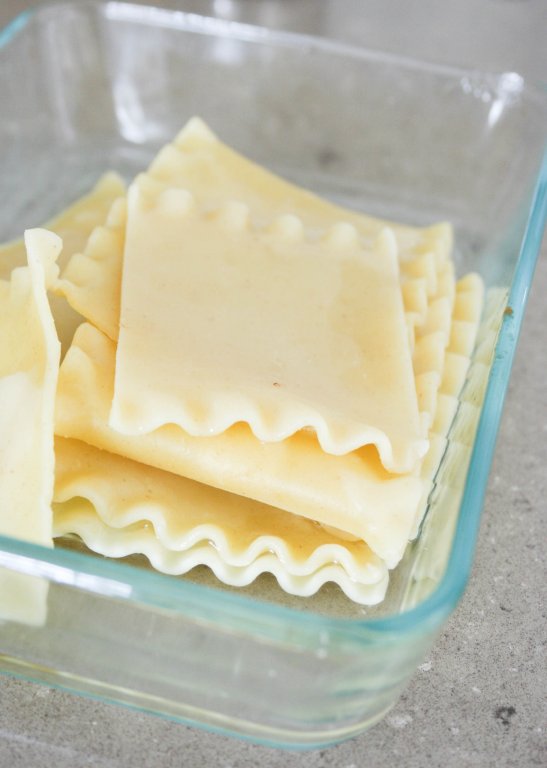 Now this is my little trick.

Lasagna pasta is awesome when sliced and eaten as “pasta” with sauce.

It’s slightly thicker than regular pasta (even those wide ones like fettucine), and the texture has a nice chewiness that reminds me of homemade pasta. 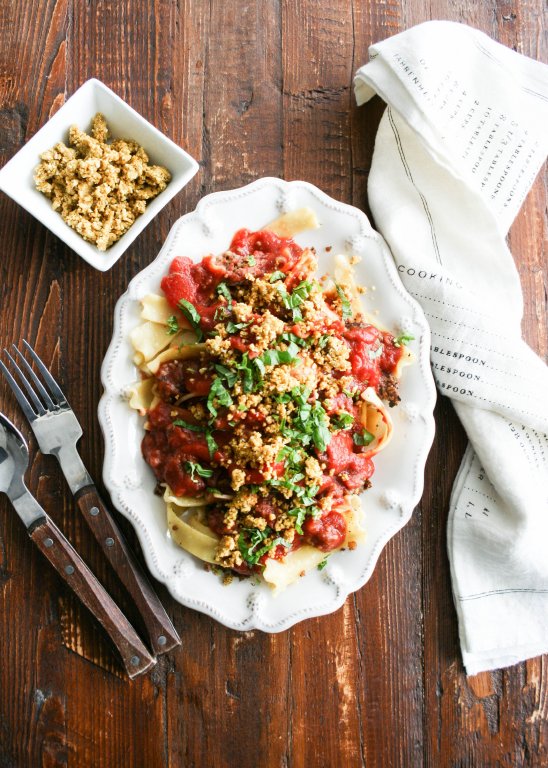 This was absolutely delicious!

I thought I made enough for two meals, one for lunch and the other for the next day’s lunch, but it was gone in a few minutes. 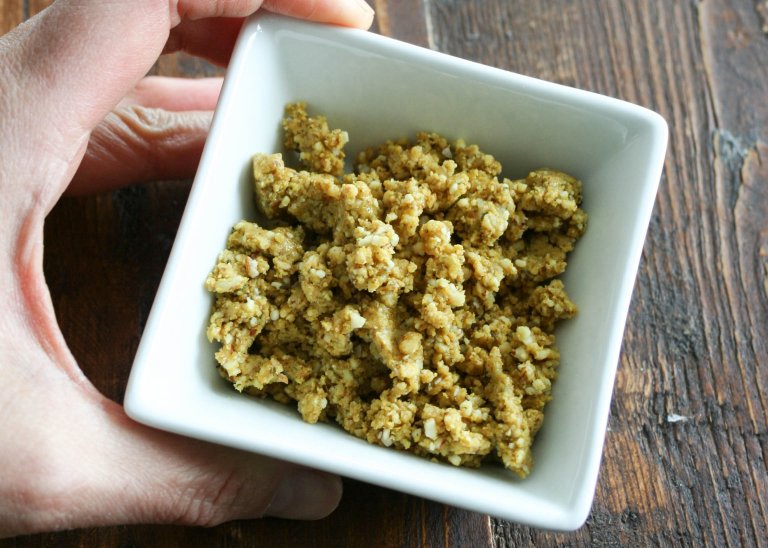 You may ask what’s the thing sprinkled on top?

Well, that is my “nutty parm”. 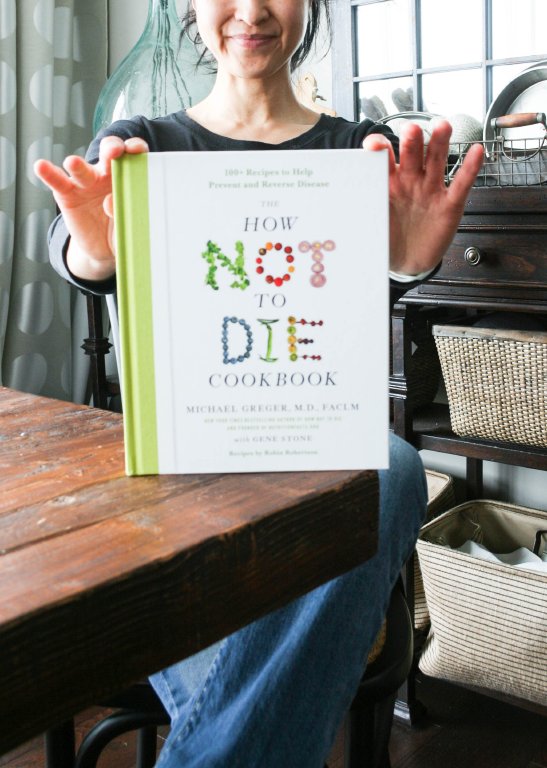 I just recently bought How Not To Die Cookbook, and this is my second recipe I tried from this book.

I didn’t have all the spices/herbs listed as ingredients, so I just used whatever I had, and I also used different kinds of nuts, but it turned out awesome!

I think this will be great on so many different things. 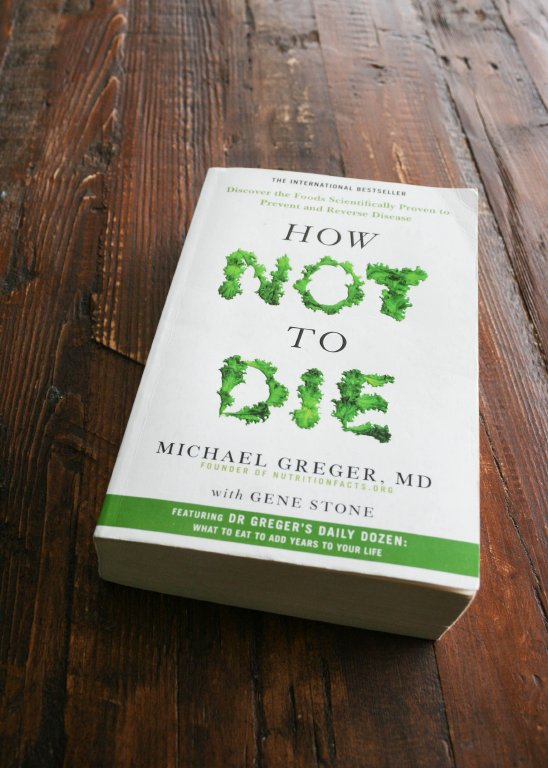 I would strongly recommend this book to anyone who is interested in nutrition and health. 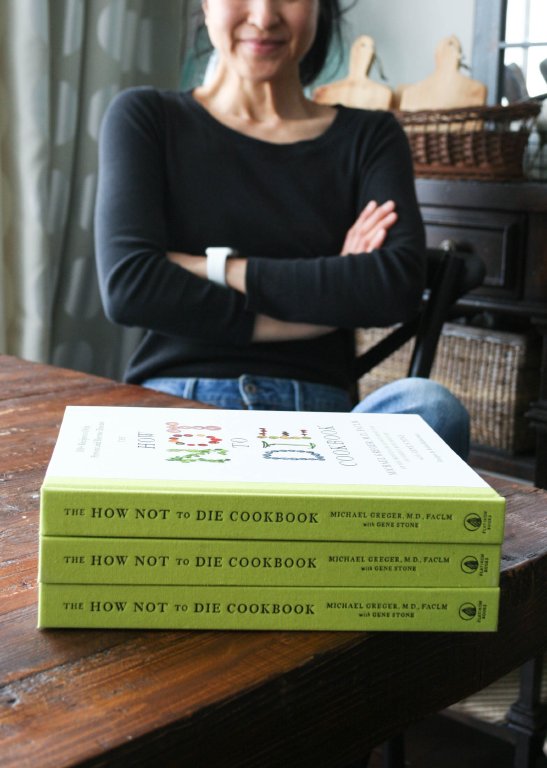 I quit buying cookbooks many years ago, because there are so many ideas and recipes out there online today.

But when I heard about this particular cookbook that is associated with the book, I decided to buy a few copies to give out to some family members.

Since we started the 100% plant based diet, a lot of people ask us what we eat.

We do our best describing what we eat, and I sometimes tell them to check out this blog.

When we talk about food and health, it can be a bit tricky, because some people seem to feel that they are personally attacked.

The last thing I want to do is preaching people, so I never tell people what to do.

But I strongly feel that everyone should have unbiased information on food and health so that they can make their own “informed” decision.

A few of our family members have expressed a stronger interest more than others, although they don’t seem quite sure exactly what it’s like to prepare a meal without using meat, fish, or dairy.

And I thought this cookbook may be a good way to introduce them to just that.

I’m not expecting all the recipes to be fantastic, but I hope they will try and like some of the recipes, and feel that it’s not that hard to cook plant-based food.

(One of my good friends who was a recipe developer for a large food corporation once told me that it’s typically only a few recipes that people actually try in a cookbook they buy!) 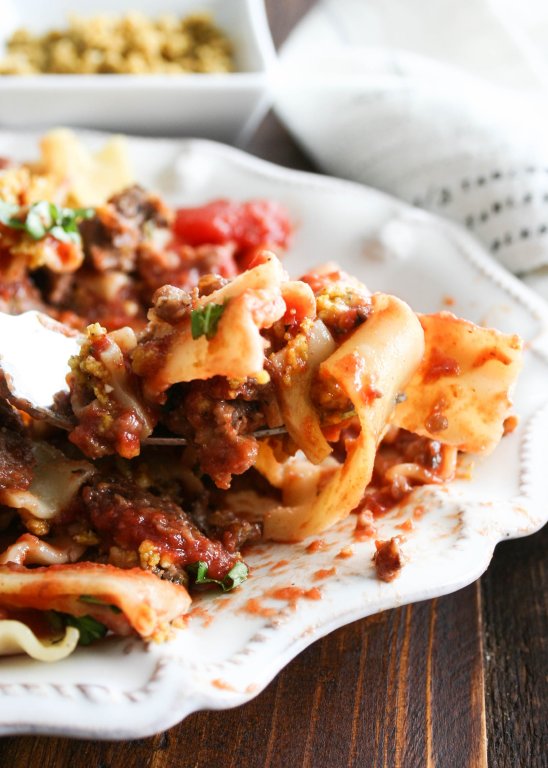